Chinese Hackers Believed to be Behind Second Cyberattack on Air India 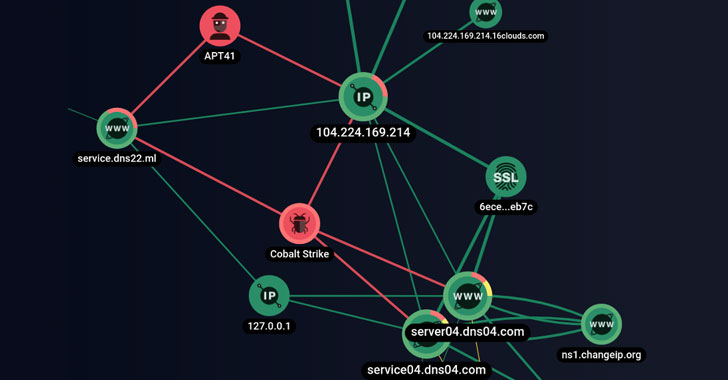 Even as a massive data breach affecting Air India came to light the previous month, India’s flag carrier airline appears to have suffered a separate cyber assault that lasted for a period of at least two months and 26 days, new research has revealed, which attributed the incident with moderate confidence to a Chinese nation-state threat actor called APT41.

Group-IB dubbed the campaign “ColunmTK” based on the names of command-and-control (C2) server domains that were used for facilitating communications with the compromised systems.

“The potential ramifications of this incident for the entire airline industry and carriers that might yet discover traces of ColunmTK in their networks are significant,” the Singapore-headquartered threat hunting company said.

While Group-IB alluded that this may have been a supply chain attack targeting SITA, the Swiss aviation information technology company told The Hacker News that they are two different security incidents.

“The airline confirmed vis-à-vis SITA on June 11, 2021 that the cyber attack on Air India […] is not the same or in any way linked to the attack on SITA PSS,” SITA told our publication over email.

Also known by other monikers such as Winnti Umbrella, Axiom and Barium, APT41 is a prolific Chinese-speaking nation-state advanced persistent threat known for its campaigns centered around information theft and espionage against healthcare, high-tech, and telecommunications sectors to establish and maintain strategic access for stealing intellectual property and committing financially motivated cybercrimes.

“Their cyber crime intrusions are most apparent among video game industry targeting, including the manipulation of virtual currencies, and attempted deployment of ransomware,” according to FireEye. “APT41 operations against higher education, travel services, and news/media firms provide some indication that the group also tracks individuals and conducts surveillance.”

On May 21, Air India disclosed a data breach affecting 4.5 million of its customers over a period stretching nearly 10 years in the wake of a supply chain attack directed at its Passenger Service System (PSS) provider SITA earlier this February.

FireEye’s Mandiant, which is assisting SITA with the incident response efforts, has since determined that the attack was highly sophisticated and that the tactics, techniques, and procedures (TTPs) and compromise indicators point to a single entity, adding the “identity and motive of the perpetrator are not entirely conclusive.”

Group-IB’s analysis has now revealed that at least since Feb. 23, an infected device inside Air India’s network (named “SITASERVER4”) communicated with a server hosting Cobalt Strike payloads dating all the way back to Dec. 11, 2020.

Following this initial compromise, the attackers are said to have established persistence and obtained passwords in order to pivot laterally to the broader network with the goal of gathering information inside the local network.

No fewer than 20 devices were infected during the course of lateral movement, the company said. “The attackers exfiltrated NTLM hashes and plain-text passwords from local workstations using hashdump and mimikatz,” Group-IB Threat Intelligence Analyst, Nikita Rostovcev, said. “The attackers tried to escalate local privileges with the help of BadPotato malware.”

In all, the adversary extracted 23.33 MB of data from five devices named SITASERVER4, AILCCUALHSV001, AILDELCCPOSCE01, AILDELCCPDB01, and WEBSERVER3, with the attackers taking 24 hours and 5 minutes to spread Cobalt Strike beacons to other devices in the airline’s network. The initial entry point for the attack remains unknown as yet.

Connections to Barium are grounded on the basis of overlaps between the C2 servers found in the attack infrastructure with those used in earlier attacks and tactics employed by the threat actor to park their domains once their operations are over. Group-IB also said it discovered a file named “Install.bat” that bore similarities to payloads deployed in a 2020 global intrusion campaign.

When reached for a response, Group-IB CTO Dmitry Volkov told The Hacker News that “Despite the fact that the initial compromise vector remains unknown, Group-IB treats [the] SITA incident and Air India breach as interrelated.”

However, it’s worth noting that SITASERVER4 was neither owned or managed by SITA. Speaking on background, SITA noted that the server in question had been previously used to host software offered by the company to Air India and that the specific software was removed from the server in 2019.

The aviation IT provider also clarified that none of the methods that were used to target Air India since February 23 were put to use in the attacks on SITA PSS, adding the adversary was removed from its network weeks prior to the start of the malicious activity directed against the airline, implying that the two incidents had no bearing on one another.

WhatsApp Pink: Watch out for this fake update

August 17, 2022
We use cookies on our website to give you the most relevant experience by remembering your preferences and repeat visits. By clicking “Accept”, you consent to the use of ALL the cookies.
Do not sell my personal information.
Cookie SettingsAccept
Manage consent