Due to lack of security the app developer wasn’t protect the app server database with strong password, and leave it to expose users private information.

AI.type is the smartest, most personalized keyboard for smartphones and tablets. With over 40 million users worldwide. AI.Type is also available on iPhone and asking for full access while downloading the App.

The App server wasn’t protected and allowing to attacker to access the company’s database of user record, it Approx 577GB data recorded.

The Kromtech Security researchers have discovered a massive amount of customer files leaked online and publically available. Researchers were able to access the data and details of 31,293,959 users. The misconfigured MongoDB database appears to belong to Ai.Type a Tel Aviv-based startup that designs and develops a personalized keyboard for mobile phones and tablets for both Android and iOS devices.

6,435,813 records that contained data collected from users’ contact books, including names (as entered originally) and phone numbers, in total more than 373 million records scraped from registered users’ phones, which include all their contacts saved/synced on linked Google account. 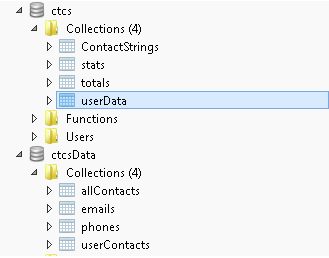 Theoretically, it is logical that anyone who has downloaded and installed the Ai.Type virtual keyboard on their phone has had all of their phone data exposed publicly online. This presents a real danger for cyber criminals who could commit fraud or scams using such detailed information about the user. It raises the question once again if it is really worth it for consumers to submit their data in exchange for free or discounted products or services that gain full access to their devices.

May 13, 2022
We use cookies on our website to give you the most relevant experience by remembering your preferences and repeat visits. By clicking “Accept”, you consent to the use of ALL the cookies.
Do not sell my personal information.
Cookie SettingsAccept
Manage consent