The Quickfox VPN is mainly used by Chinese citizens living abroad who need to access Chinese websites as most of these sites are geo-restricted.

Wizcase’s team of ethical researchers, led by Ata Hakcil, discovered a “critical leak” that the researchers found to be exposing personally identifiable information of at least one million users of a Chinese VPN service.

The VPN is mainly used by Chinese citizens living abroad who need to access Chinese websites as most of these sites are geo-restricted. The VPN connects to servers in China and lets users avoid those restrictions.

Reportedly, the leak was caused by a misconfiguration in the VPN. The product had insufficient ELK (Elasticsearch, Logstash, and Kibana) stack security, which refers to the three open-source programs responsible for streamlining searchers via large files, in this case, the logs of Quickfox.

Researchers identified that Quickfox had set up access restrictions from Kibana but hadn’t set up security measures for the Elasticsearch server. Hence, anyone with an internet connection and a browser could access Quickfox and retrieve sensitive PII information on the service’s users.

What’s worse is that there wasn’t any password protection in place or login credentials required to access the data, but the data wasn’t encrypted.

What Information was Leaked?

The data is enough for scammers to launch phishing attacks, vishing phone calls, and other schemes to obtain banking data. The server was yet not secured until the time of this writing. 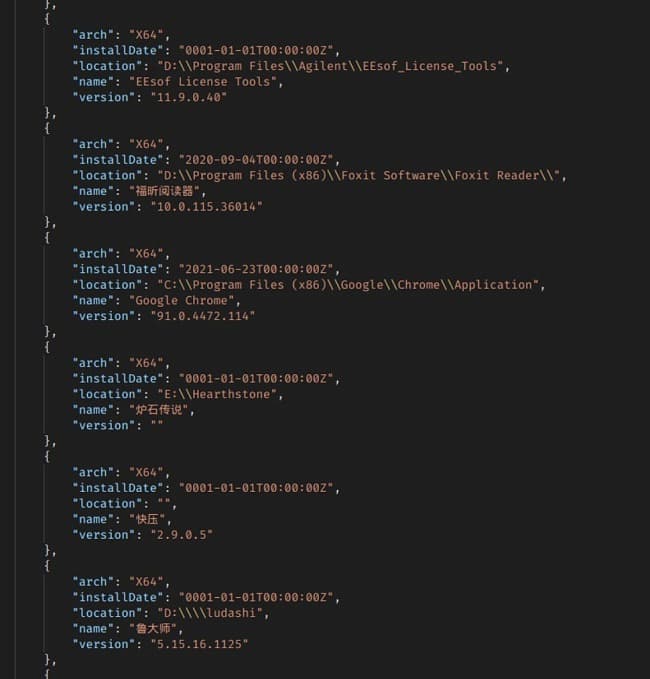 Screenshot shared by WizCase shows a List of installed software on a random users device by name, install date, and version

“All the documents found were dated between June 2021 and September 2021,” Wizcase researchers wrote in their report. “The leaked information about device type and installed software could make this con very convincing. It’s unclear why the VPN was collecting this data, as it is unnecessary for its process and it is not standard practice seen with other VPN services.”

Impacted users were mainly located in the following countries:

A New Variant of FlawedGrace Spreading Through Mass Email Campaigns

Are you being tracked? How to spot...

How to audit Microsoft Active Directory

June 1, 2022
We use cookies on our website to give you the most relevant experience by remembering your preferences and repeat visits. By clicking “Accept”, you consent to the use of ALL the cookies.
Do not sell my personal information.
Cookie SettingsAccept
Manage consent