Firefox Suggest to display sponsored ads but users can disable them

The company maintains that it has to help fund Firefox’s optimization/development, and therefore, it has introduced a new feature called Firefox Suggest in Firefox 93.

Mozilla, as we know it, is a non-profit organization. So, it goes without saying that the company has to look for alternate ways to stay profitable and survive in the market. One of the ways to keep going for most web companies is to display ads, and Mozilla is not new to this.

All of Mozilla’s previous attempts to bring in some revenue and keep Firefox alive have received backlash from the masses. This time around, the company has again tried to stuff ads into its browser, generating controversy.

The company maintains that it has to help fund Firefox’s optimization/development, and therefore, it has introduced a huge, somewhat controversial new feature called Firefox Suggest in Firefox 93. Previously, Firefox used to display helpful suggestions as a user typed something in the search bar.

However, the new Firefox Suggest feature includes Sponsored Suggestions and Relevant Suggestions. Reportedly, these new suggestions are from Trusted Partners of Mozilla.

The company claims that it will show ads only from partners who meet its privacy standards for the browser. But, this also means that whatever you will type into the address bar will be sent to Mozilla and processed accordingly to deliver ads. 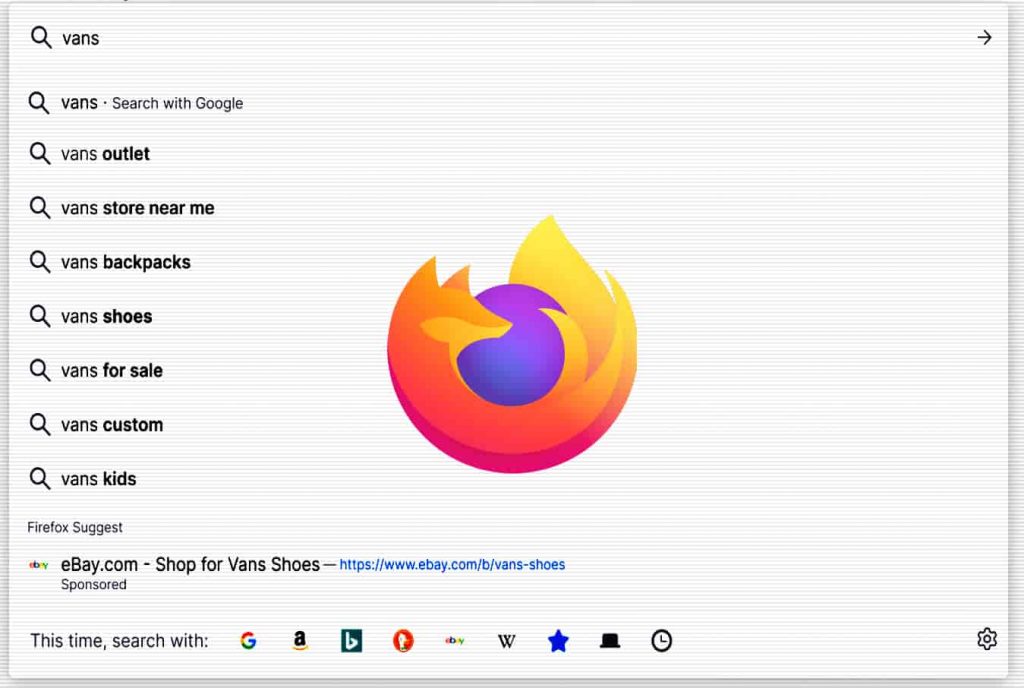 According to the company, Firefox users can find sponsored suggestions from “vetted partners.”

Firefox Suggest may compromise your privacy the same way other browsers do. The moment you start typing something, it will start displaying Partners’ suggestions, which we believe is a good way to say advertisements.

Therefore, it does raise privacy red flags. However, the company maintains that it will not collect any new information other than what it already has been collecting.

“Firefox Suggest is a new feature that serves as a trustworthy guide to the better web, finding relevant information and sites to help you accomplish your goals. Firefox Suggest provides website suggestions in the address bar.

Mozilla noted that before Firefox 92, it had access to users’ browsing history, open tabs, and bookmarks and offered non-sponsored suggestions based on that information.

Now, these suggestions will be sponsored by Mozilla’s “trusted partners.” The company promises that it will only share search queries and the sites you visit with its partners via a Mozilla-owned proxy service and won’t ever share personally identifiable information until the user clicks on a sponsored suggestion.

How to Disable Ads on Firefox?

We know many Firefox users don’t want to see sponsored ads. So, if you are one of them, here’s how you can disable Firefox Suggest. First, click on the hamburger menu, present in the upper right corner of Firefox.

Now, select Settings>Privacy & Security Section. Access the Address Bar-Firefox Suggest tab and uncheck the boxes present in the menu. If you want to use some of the helpful features of Firefox Suggest, leave the Contextual search option unchecked.

What is a data breach & how to prevent one?

After PrintNightmare, Microsoft To Fix One More...

December 28, 2021
We use cookies on our website to give you the most relevant experience by remembering your preferences and repeat visits. By clicking “Accept”, you consent to the use of ALL the cookies.
Do not sell my personal information.
Cookie SettingsAccept
Manage consent