Bancor, the first automated market maker (AMM) on Ethereum, has released Bancor v3 Code on GitHub and announced the beginning of the Bancor v3 Bug Bounty Program offering up to $1 million in rewards.

In a press release on April 10, 2022, the decentralized exchange on Ethereum said it aims to encourage responsible disclosures of bugs that may impact the seamless execution of Bancor 3 smart contracts ahead of the mainnet launch in May 2022.

All rewards, Bancor added, will be disbursed based on the disclosed bug’s severity with offers reaching up to $1 million. More rewards have been allocated to white hacks who pick out flaws before the mainnet launch. However, all rewards, scope, and terms will be at the Bprotocol Foundation’s discretion. 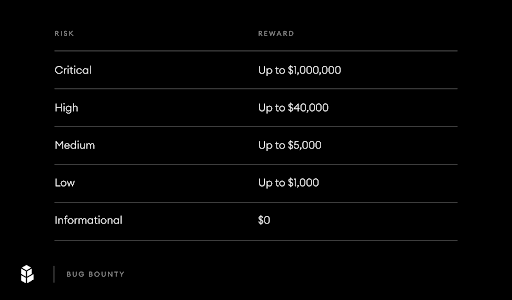 Following this announcement, white hacks and bug bounty hunters can begin sifting through the contracts-v3 repository for errors in a community-led thorough auditing ahead of the mainnet launch.

The immutable nature of blockchain transactions means user funds can be permanently lost or stolen if there are flaws in the code. For this reason, Bancor is laying maximum emphasis on security, aware of the severe economic and reputational repercussions of code flaws causing irreversible financial harm.

The complexity of the Bancor v3 and the need for a hitch-free launch also explain why the Bancor v3 code will also be audited externally by leading blockchain security firms, OpenZeppelin, Peckshield, and Certora.

The Bancor v3 Dawn Release will be Revolutionary

The Bancor v3 mainnet launch is highly anticipated as it completely overhauls previous versions. The objective of the Bancor v3 Dawn release is, among other things, to simplify interaction and integration with the protocol while improving capital efficiency. Notably, the new Bancor v3 smart contracts will make it easy for compatible third-party protocols to plugin Bancor’s trading, yield, and analytics while concurrently promoting greater composability in the multi-billion DeFi industry.

Specifically, with the introduction of omnipool, there will be no need to routing trades through BNT. Instead, swaps between tokens will be immediate, leading to lower Gas fees, subsequently earning the protocol more revenue from trading fees. As a result, this move will also make Bancor more capital efficient.

Part of the reason why Bancor may not have been drawing more traders like competing  AMM protocols like Uniswap could be because of the high Gas fees resulting from the BNT-bridging requirement. The Bancor v3 will introduce a permanent solution, helping the DEX reclaim its spot as one of the top DeFi protocols in the globe.

Kaseya Confirmed Getting a Working Decryptor For...

August 28, 2021
We use cookies on our website to give you the most relevant experience by remembering your preferences and repeat visits. By clicking “Accept”, you consent to the use of ALL the cookies.
Do not sell my personal information.
Cookie SettingsAccept
Manage consent