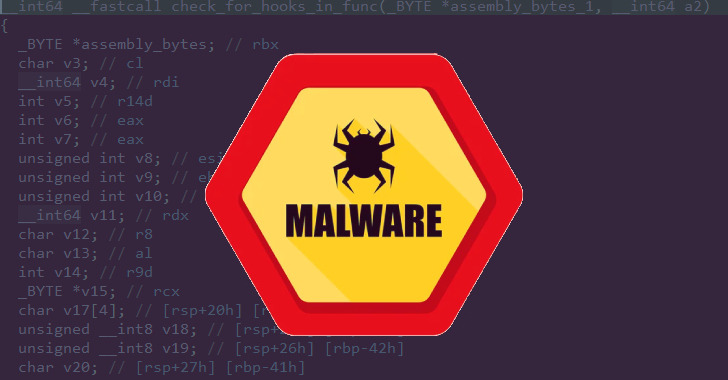 Cybercriminal actors previously observed delivering BazaLoader and IcedID as part of their malware campaigns are said to have transitioned to a new loader called Bumblebee that’s under active development.

“Based on the timing of its appearance in the threat landscape and use by multiple cybercriminal groups, it is likely Bumblebee is, if not a direct replacement for BazaLoader, then a new, multifunctional tool used by actors that historically favored other malware,” enterprise security firm Proofpoint said in a report shared with The Hacker News.

Campaigns distributing the new highly sophisticated loader are said to have commenced in March 2022, while sharing overlaps with malicious activity leading to the deployment of Conti and Diavol ransomware, raising the possibility that the loader could act as a precursor for ransomware attacks.

“Threat actors using Bumblebee are associated with malware payloads that have been linked to follow-on ransomware campaigns,” the researchers said.

Besides featuring anti-virtualization checks, Bumblebee is written in C++ and is engineered to act as a downloader for retrieving and executing next-stage payloads, including Cobalt Strike, Sliver, Meterpreter, and shellcode.

Interestingly, the increased detection of the malware loader in the threat landscape corresponds to the disappearance of BazaLoader deployments since February 2022, another popular loader developed by the makers of the now-defunct TrickBot gang, which has since been absorbed into Conti.

What’s more, the embedded URL in the HTML attachment makes use of a traffic direction system (TDS) dubbed Prometheus — which is available for sale on underground platforms for $250 a month — to redirect the URLs to the archive files based on the time zone and cookies of the victims.

The ZIP files, in turn, include .LNK and .DAT files, with the Windows shortcut file executing the latter containing the Bumblebee downloader, before using it to deliver BazaLoader and IcedID malware.

A second campaign in April 2022 involved a thread-hijacking scheme in which legitimate invoice-themed emails were taken over to send zipped ISO files, which were then used to execute a DLL file to activate the loader.

Also observed is the abuse of the contact form present on the target’s website to send a message claiming copyright violations of images, pointing the victim to a Google Cloud Storage link that results in the download of a compressed ISO file, thereby continuing the aforementioned infection sequence.

The transition from BazarLoader to Bumblebee is further evidence that these threat actors — likely initial access brokers who infiltrate targets and then sell that access to others — are receiving the malware from a common source, while also signaling a departure after the Conti group’s attack toolkit became public knowledge around the same time.

The development also overlaps with Conti taking over the infamous TrickBot botnet and shutting it down to focus on the development of BazarLoader and Anchor malware. It’s not immediately clear if Bumblebee is the work of TrickBot actors and whether the leaks prompted the gang to abandon BazaLoader in favor of an entirely new malware.

“The introduction of the Bumblebee loader to the crimeware threat landscape and its apparent replacement for BazaLoader demonstrates the flexibility threat actors have to quickly shift TTPs and adopt new malware,” Sherrod DeGrippo, vice president of threat research and detection at Proofpoint, said.

“Additionally, the malware is quite sophisticated, and demonstrates being in ongoing, active development introducing new methods of evading detection,” DeGrippo added.