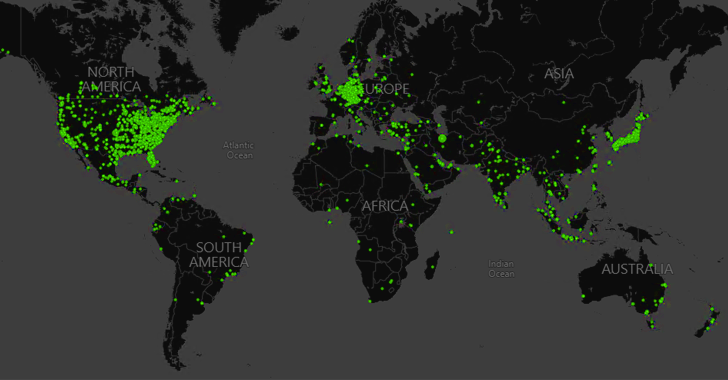 Microsoft and a consortium of cybersecurity companies took legal and technical steps to disrupt the ZLoader botnet, seizing control of 65 domains that were used to control and communicate with the infected hosts.

“ZLoader is made up of computing devices in businesses, hospitals, schools, and homes around the world and is run by a global internet-based organized crime gang operating malware as a service that is designed to steal and extort money,” Amy Hogan-Burney, general manager of Microsoft’s Digital Crimes Unit (DCU), said.

As a result of the disruption, the domains are now redirected to a sinkhole, effectively preventing the botnet’s criminal operators from contacting the compromised devices. Another 319 backup domains that were generated via an embedded domain generation algorithm (DGA) have also been confiscated as part of the same operation.

ZLoader, like its notorious counterpart TrickBot, started off as a derivative of the Zeus banking trojan in November 2019 before undergoing active refinements and upgrades that have enabled other threat actors to purchase the malware from underground forums and repurpose it to suit their goals.

“ZLoader has remained relevant as attackers’ tool of choice by including defense evasion capabilities, like disabling security and antivirus tools, and selling access-as-a-service to other affiliate groups, such as ransomware operators,” Microsoft said. 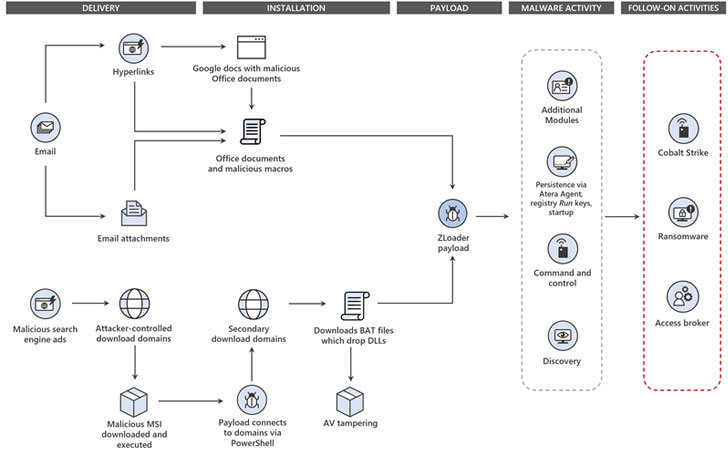 ZLoader’s transition from a basic financial trojan to a sophisticated malware-as-a-service (MaaS) solution has also made it possible for the operators to monetize the compromises by selling the access to other affiliate actors, who then misuse it to deploy additional payloads like Cobalt Strike and ransomware.

Interestingly, an analysis of the malware’s malicious activities since February 2020 has revealed that most of the operations originated from just two affiliates from October 2020: “dh8f3@3hdf#hsf23” and “03d5ae30a0bd934a23b6a7f0756aa504.”

While the former used “ZLoader’s ability to deploy arbitrary payloads to distribute malicious payloads to its bots,” the other affiliate, active to date, appears to have focussed on siphoning credentials from banking, cryptocurrency platforms, and e-commerce sites, Slovak cybersecurity firm ESET said.

To top it all, Microsoft also unmasked Denis Malikov, who lives in the city of Simferopol on the Crimean Peninsula, as one of the actors behind the development of a module used by the botnet to distribute ransomware strains, stating that it chose to name the perpetrator to “make clear that cybercriminals will not be allowed to hide behind the anonymity of the internet to commit their crimes.”

The takedown effort is reminiscent of a global operation to disrupt the notorious TrickBot botnet in October 2020. Although the botnet managed to bounce back last year, it has since been retired by the malware authors in favor of other stealthy variants such as BazarBackdoor.

“Like many modern malware variants, getting ZLoader onto a device is oftentimes just the first step in what ends up being a larger attack,” Microsoft said. “The trojan further exemplifies the trend of common malware increasingly harboring more dangerous threats.”

Ransomware attacks slowing as 2022 wears on

July 21, 2022
We use cookies on our website to give you the most relevant experience by remembering your preferences and repeat visits. By clicking “Accept”, you consent to the use of ALL the cookies.
Do not sell my personal information.
Cookie SettingsAccept
Manage consent