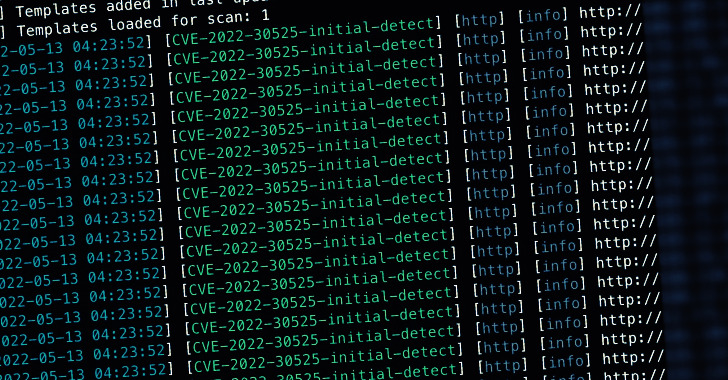 Tracked as CVE-2022-30525, the vulnerability is rated 9.8 for severity and relates to a command injection flaw in select versions of the Zyxel firewall that could enable an unauthenticated adversary to execute arbitrary commands on the underlying operating system.

The issue, for which patches were released by the Taiwanese firm in late April (ZLD V5.30), became public knowledge on May 12 following a coordinated disclosure process with Rapid7.

Merely a day later, the Shadowserver Foundation said it began detecting exploitation attempts, with most of the vulnerable appliances located in France, Italy, the U.S., Switzerland, and Russia.

Also added by CISA to the catalog is CVE-2022-22947, another code injection vulnerability in Spring Cloud Gateway that could be exploited to allow arbitrary remote execution on a remote host by means of a specially crafted request.

The vulnerability is rated 10 out of 10 on the CVSS vulnerability scoring system and has since been addressed in Spring Cloud Gateway versions 3.1.1 or later and 3.0.7 or later as of March 2022.

July 23, 2021
We use cookies on our website to give you the most relevant experience by remembering your preferences and repeat visits. By clicking “Accept”, you consent to the use of ALL the cookies.
Do not sell my personal information.
Cookie SettingsAccept
Manage consent